From Kirkus Reviews about Ethel’s Song: “The subject’s voice, strength, intelligence, and heart ring out on every page.” Due out Sep 13 from Calkins Creek… 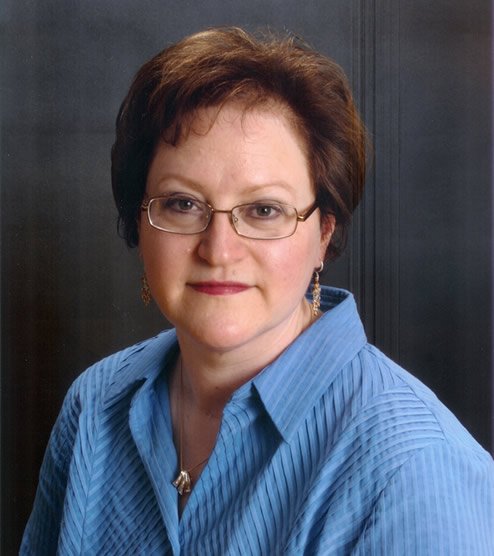 Passionate About Writing and History

I first fell in love with history in the fourth grade in my hometown of Kearny, New Jersey. Our class had to write about our town’s future or past to help celebrate its centennial. I went to the Main Library, specifically to the Kearny Room, and found all sorts of facts that titillated me. But that year, too, we began academic study of history and I couldn’t get enough of it. A love of language soon followed and by the time I finished high school, my favorite subjects were German, Russian, and History.

While I played around with create writing and journalism (I started my own newspaper in middle school and wrote short stories while I should have been studying for the SATs), writing came much later. I entered the publishing industry upon graduation with my B.A. in German and began to write copy.

Eventually, I went on to get my M.B.A. in Marketing and left publishing for the big bucks and the more convenient commute that the New Jersey telecommunications industry offered. But I found myself wanting more, something to satisfy me personally and intellectually. And that brought me back to language and history. A bout of bacterial meningitis in 1989 led me to explore the world of genealogy. I began to write and speak about family history and Kearny history. I earned an M.F.A. from the Vermont College of Fine Arts. I left Corporate America to pursue my own interests as a writer and educator, earning an M.A. in History from William Paterson University where I was teaching in the English department. Most recently, I have earned a Ph.D. in Holocaust & Genocide Studies from Gratz College in Pennsylvania.

Writing about the past helps me explore my family’s decisions and the context in which they made them.

I am also the author of a middle-grade novel in verse, 37 Days: Aboard the MS St. Louis, 1939 (Kar-Ben/Lerner, 2021) and the forthcoming Ethel’s Song: Ethel Rosenberg’s Life in Poems (Calkins Creek/Astra Books for Young Readers, 2022).

My essays and other nonfiction writing, often exploring family history, have appeared or are forthcoming in Museum of Americana, The Manifest-Station, South 85, Gravel, The Smart Set, Kelsey Review, Poor Yorick, Jewish Literary Journal, and other literary publications.

My interest in my hometown’s history began in 1967 with Kearny’s centennial. I’ve written four books about the town’s history: Images of America: Kearny, New Jersey (Arcadia, 2000); Images of America: Kearny’s Immigrant Heritage (Arcadia, 2003); The Kearny Public Library and Its Town (Donning, 2007); and Legendary Locals of Kearny (2015). Local history shows up occasionally as setting and plot in my fiction and poetry.

I love reading and writing books for children and young adults. My picture book biography, Goldie Takes a Stand! Golda Meir’s First Crusade (Kar-Ben/Lerner 2014) won a Sydney Taylor Honor Award. I’m the author of more than forty books for young people that deal with a broad range of topics including genocide, pandemics, the Holocaust, immigration, New Jersey history, and presidential elections. Books are forthcoming about Emma Lazarus and the Warsaw Ghetto Archives from Benchmark Education.

Lately I’ve been concentrating on interpreting history through poetry for middle-grade and teen readers. A novel in verse about the ship of nearly 1,000 German-Jewish refugees in 1939 that no one wanted, 37 Days at Sea: Aboard the MS St. Louis, 1939 (Kar-Ben/Lerner) was published in May 2021 and a young-adult novel in verse, Ethel’s Song: Ethel Rosenberg’s Life in Poems (Calkins Creek/Astra Books for Young Readers), appears in Fall 2022.

My academic teaching career started at William Paterson University in January 2012 with an upper-level course in Children’s Literature. Since then, I have taught more than sixty courses at a variety of higher ed institutions in English and History departments. I now teach in the Holocaust & Genocide Studies Program at The College of New Jersey and serve as Director, Mercer Holocaust, Genocide & Human Rights Education Center housed at Mercer County Community College in West Windsor, New Jersey.

In 2019, I served as a fellow in the U.S. Holocaust Memorial Museum’s Curt C. and Elise Silberman Faculty Seminar on Displacement and Migration and as a fellow in the Holocaust Educational Foundation Northwestern University Summer Seminar. In 2022, I returned (virtually) as a Silberman faculty fellow to focus on Teaching with Photographs.

“Beyond the Ovens: The Changing Nature of Children’s Holocaust Literature.” In Atrocity in Children’s Literature, edited by Victoria Nesfield and Philip Smith. Albany: State University of New York Press, November 2022.

“Between a Rock and a Hard Place: Border Crossing between the Nazi- and Soviet-Occupied Zones, 1939,” Close Encounters in War 2 (Fall 2019).

Born in New York City in 1915, Ethel Greenglass dreamed of a life far away from the tenements of the Lower East Side. She imagined becoming famous for her acting or singing ability, but she instead became infamous for her suspected role in a 1950s spy scandal. Ethel and her husband, Julius Rosenberg, were arrested and accused of selling state secrets to the Soviet Union. The trial gripped the nation, and Ethel and Julius were convicted, sentenced, and put to death. In this moving collection of poems, author Barbara Krasner traces Ethel’s life from the dreams of
her youth and her struggles with her family to her happy marriage to Julius and, eleven years later, their trials and convictions. In this revealing look at a troubling time in U.S. history, Krasner
brings to light Ethel’s intelligence and ambition, her passion for justice and workers’ rights, and her love for her husband and children.

“The subject’s voice, strength, intelligence, and heart ring out on every page.” —Kirkus Reviews

“Krasner’s daring historical novel is a collection of fictionalized first-person poems that . . . build tension through Rosenberg’s consistently proud, defiant voice, and her confidence that she and
Julius did nothing wrong. . . . Family photos, interspersed throughout, lend poignancy; an epilogue and timeline provide context and additional historical background.” —Publishers
Weekly 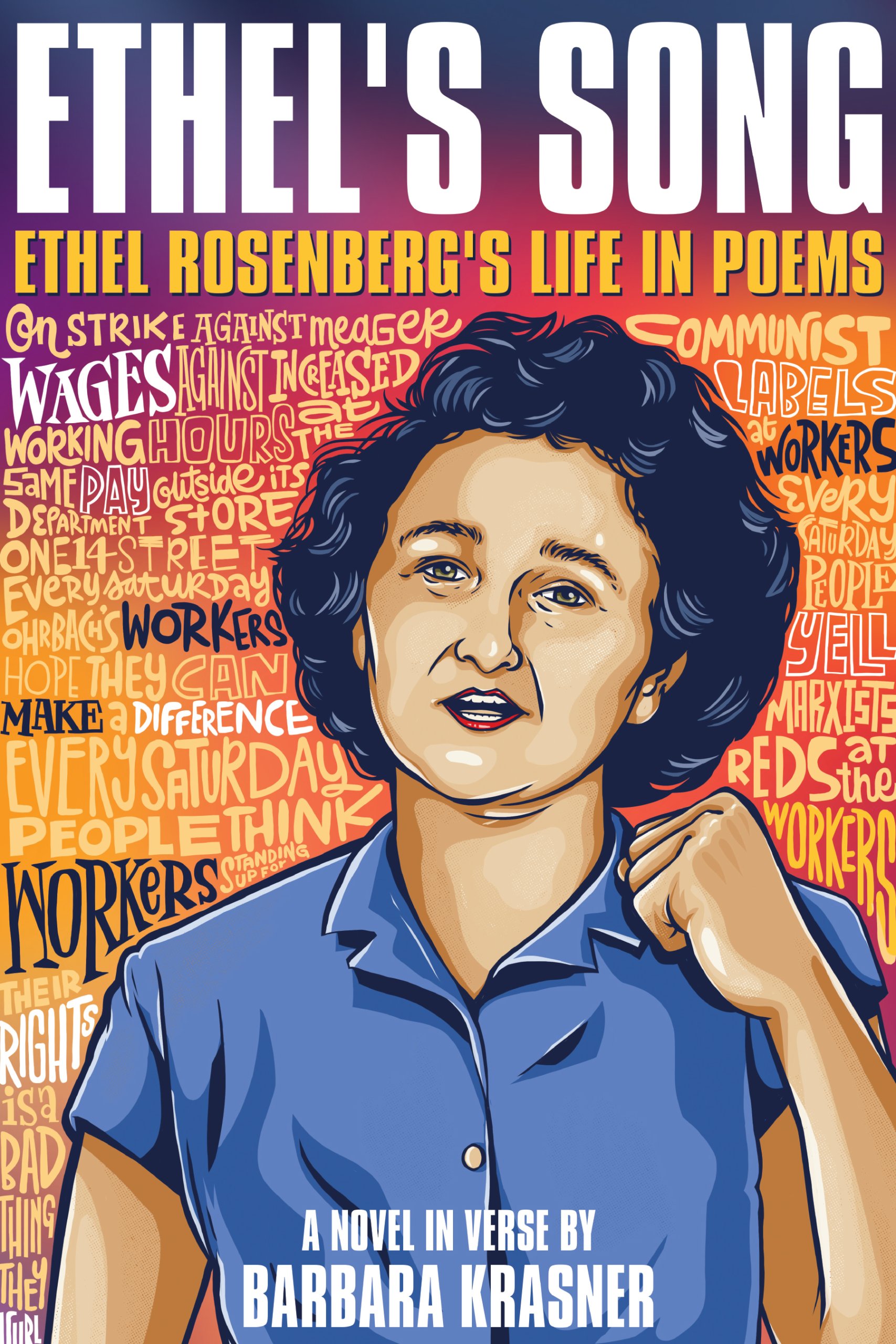 In May 1939, nearly one thousand German-Jewish passengers boarded the MS St. Louis, a luxury liner bound for Cuba. They hoped to escape the dangers of Nazi Germany and find safety. In this novel in verse, eleven-year-old Ruthie Arons travels with her parents and when the ship is not allowed to land in Havana as planned, she takes matters into her own hands.

Why a Kosher Butcher’s Daughter Made Ham Sandwiches

An elderly man in a plaid shirt and dark-rimmed glasses walked up to me after the meeting of the Museum Committee. He said, “I knew your grandparents. I went to their store all the time for ham sandwiches.”

Bryna Dvorkin Krasner sits like royalty next to her king, husband Mordechai, also known as Mottel. She wears no crown, only the traditional matron’s sheitl (wig) to ensure she’s unattractive to other men. Her eyelids draw heavy curtains over eyes that perhaps have seen too much and cannot absorb this strange city of Newark, NJ. She wears tightly pleated black taffeta with seven tightly strung strands of white beads around her high collar. Seven strands for the seven children she has given birth to?

Engages readers with incredible stories of people who made daring escapes from war-torn East Germany. From the early 1960s to the late 1980s, thousands of people fled the communist regime in East Germany to the freedom of West Germany. Additional features include a Fast Facts spread, informative infographics, critical-thinking questions, a phonetic glossary, a selected bibliography, an index, information about the author, and sources for further research.

Engages readers with incredible stories of people who made daring escapes from the dark shadow of Adolf Hitler. After Hitler and the Nazis rose to power, they captured and murdered millions of Jews, a fate only some were able to escape. Additional features include a Fast Facts spread, informative infographics, critical-thinking questions, a phonetic glossary, a selected bibliography, an index, information about the author, and sources for further research.

Branka stepped across the threshold of Apartment 4 once more on Vinohradská Street in the Prague district of Žižkov. The same enameled brick hallway. The same double wooden doors. The documentary team had told her to meet them here. They wanted to hear her whole story. Terezín. Auschwitz. Prague Survivors Group. She bore a new moniker since last May when Amalia Grossberg passed away at 109. The U.S. Holocaust Memorial Museum dubbed Branka the Last Survivor.

Barbara Krasner, author and blogger, has always had a passion for Jewish history. She has combined this passion with an interest in writing children’s books and has selected a dynamic subject for her first children’s nonfiction book, Goldie Takes a Stand!: Golda Meir’s First Crusade.